Known for his high energy style, Greg Hahn leaves audiences with side pains from laughter! Hahn has been a frequent guest on the Rob and Tom show and has also appeared on Late Night with Conan O’Brien in addition to a number of other appearances on Comedy Central. Join us for a great night of comedy benefitting Comics Crushing Cancer, a 501(c)3 that helps women with all of the personal costs associated with having breast cancer! 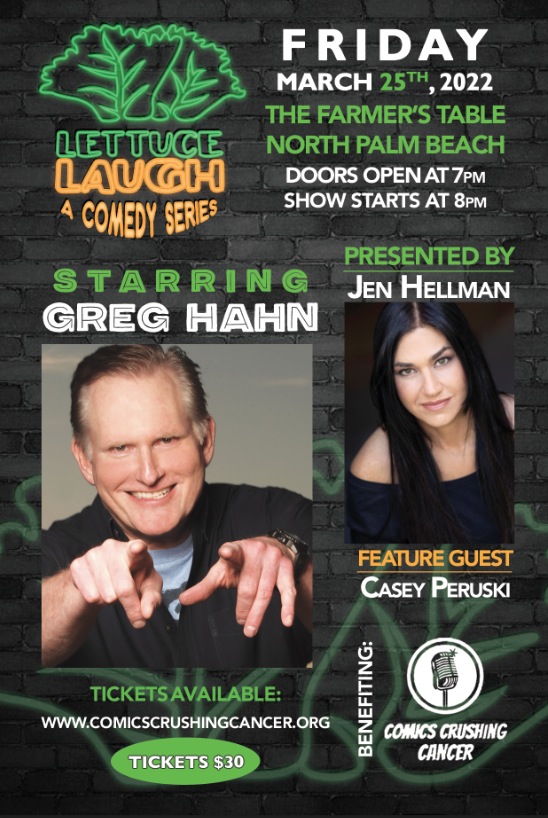